Published by Penguin in 2006, authors
Anna Lappe and Bryant Terry wrote a brilliant
book about the food industry and the slowly
building movement towards much healthier
eating and living.

The book is called “Grub, ideas for an urban
organic kitchen.” I could tell they hadn’t
gotten around to reading pH Miracle Center
reports about avoiding certain common but
unhealthy foods, yet several of the recipes
in the back of the book could be modified
to exclude a few items such as vinegar, corn,
mushrooms and a few others.

What is especially fascinating about “Grub”
was the thorough research conducted to help
expose the sad state of affairs into which
our food industry has fallen.

For instance: The authors make a clear case
that our society labors under six major
ILLUSIONS about food and the food industry.
They include:

The “illusion of choice” has to do with the
fact that the 35,000 items in the grocery
store come mostly from the same companies,
with the same highly dangerous business
practices, using the same pesticides and
toxins, with the same additives, the same
corporate mentality, and so on. In fact,
as many as 60% or more of the items in the
grocery store come from as few as a dozen
companies.

Thus choice has nearly disappeared.
And realistically, it necessarily disappears
once we understand that any major public
corporation’s primary stated goal or value
is nothing other than profit. The goal of
profit relegates to a distant second other
values such as physical health, quality of
life, peace of mind, service to others,
respect for Mother Earth, and so on. One
hundred years ago, the authors point out,
we had 7,000 varieties of apples. Today,
85% of them have disappeared.

The “illusion of safe and clean” is related
to credible statements estimating that up to
365,000 diet-related deaths occur every year.
A handful of (mostly) men make decisions about
agricultural chemicals and toxins that affect
the life of billions of people on the planet.
Super-power multi-national corporations make
decisions that have everything to do with
profit and precious little to do with health–
other than certain calculation about the
lawsuits which might result from this or that
decision and possible result. Consequently,
the Center for Disease Control (CDC) admits
that most of us live with a significant “body
burden” of toxic and/or supposedly non-toxic
chemical residues. No wonder the pH Miracle
Center focuses so much on body cleansing and
detoxification.

Even worse, many of the potentially most
dangerous substances are listed as “inert”
are far from “safe and clean.” Thousands of
“inert” substances in our food chain are
listed by the CDC as “unknown toxicity.”

Yet, hundreds of those substances of “unknown
toxicity” have been shown to be dangerous in
many studies. Like the history of cigarettes,
dangerous practices can take up to half a
century or more for our government to admit
problems or take any semblance of meaningful
action.

The “illusion of efficiency” is related to the
reality that our “efficient” manufacturing of
food and profits does not take into account
the side effects of fossil fuels, soil, water,
pesticides, labor, pollution, illness and
debilitation, destructive greenhouse gases, etc.

In truth, industrial agriculture is anything but
efficient if we are to simply take our eye off
the main goal–profits to stockholders.

The “illusion of cheap” relates to the fact that
our so-called “inexpensive food” in America does
not take into account the cost of water pollution
from chemical runoff, deterioration from pollution
and loss of topsoil, destruction of the ecosystem
and our personal health from chemicals toxins,
greenhouse effects, and so on.

The “illusion of fairness” is discussed with the
analogy of the game of Monopoly. Competition
flourishes for awhile in the game. But then,
someone corners the market when they scoop up
Boardwalk or Park Place. After that, despite
whatever competition appears to exist, the game
is a foregone conclusion. The rich get richer
and the poor get poorer. Pretty soon, one
player owns just about everything.

Over time, the U.S. government has made feeble
efforts to address the concept of corporate
monopoly–antitrust laws for instance–but
for a host of reasons having to do with
wealth and power, lawmakers are far behind
the real “practices on the street” when it
comes to creating laws and rules which create
fairness in the market place.

Today, four companies control 85% of the beef
industry and similarly disproportionate numbers
apply to the pork and poultry industry. The
four largest companies control 63% of flour and
80% of soybeans. In commercial seeds, four
companies–Cargill, Monsanto, Novartis and
ADM–control 80% of the market. In GMO
seeds, Monsanto controls about 90% of the
market. In pesticides, 75% to 85% of the
market is controlled by six companies. In
retail food sales, the top five supermarkets
control your food supply. Wal-Mart now
accounts for roughly one out of three of
food dollars. So much for fairness and
competition.

The authors explain that you or I could
visit thousands of small towns and villages
located in the heartland of America and
surrounded by beautiful farmland. Yet,
we would be hard-pressed to find fresh
food or local food at the store. We could
buy something like non-organic (strike one)
Tater Tots (strike two) at the convenience
gas station, but we’d have to defrost and
heat them in the microwave (strike three).

The “illusion of progress” echoes my
sentiments about America. Our technology
is far ahead of our humanity. We are great
innovators. Yet, education, science and
technology are dangerous without integrity.

It is not progress to know more and more
about less and less. It is not progress
to ask the question “can it be done” without
asking the question “should it be done.”
As the authors of “Grub” point out, “The
consequence of our decisions to create the
modern-day factory farms can now be smelled
for miles from any one of them. Modern
farming based on heavy water usage, chemicals
and petroleum has created a wasteful economic
system. We are now petroleum dependent and
fighting various forms of wars over oil.
We have created pollution. We have created
sickness and death with our present
agricultural system.

My message to you remains constant. Your
body is acidic by function and requires healthy
alkaline food for you to be healthy. You need
clean, high pH water.

If you cannot find these things locally, you can
supplement your diet with organic green drinks
which include dozens of healthy vegetables.
You must also exercise and find ways to rid your
life of stress.

My prediction is that America is already moving
back to the family garden. That is also my
advice to you. Many high-rise buildings in
all major cities can be found with roof-top
gardens. I predict that good investments
with your discretionary dollars will be found
in companies which help us create gardens,
small greenhouses, kitchen atriums, and so on.

Encourage your family and friends to learn
more about pH balancing and how it leads to
health. Besides visiting our website at
http://www.phmiracleliving.com, you can also read
my articles at http://www.articlesofhealth.blogspot.com
at no cost to you.

In Love and Light, 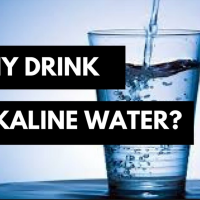