At major cancer centers across the country, patients are putting themselves in a better “position” to cope with their cancerous conditions.

Some of the biggest names in so-called cancer care — M.D. Anderson, Memorial Sloan-Kettering, and Dana Farber among them — now offer their patients classes in yoga.

In the past, physicians may have written off the complementary therapy as merely a trendy yuppie pastime. But today, researchers — mainly psychologists — are asking questions about the benefits of yoga in a variety of conditions, including cancer, asthma, sleep disorders, depression, and attention disorders.

Generally, the studies have shown that yoga improves quality of life and relieves stress and anxiety associated with these acidic conditions. Some researchers say the Ayurvedic therapy may have physiological mechanisms, like reducing cortisol levels, but those theories are still under evaluation.

According to Dr. Robert O. Young, Director of Research at the pH Miracle Living Center, “yoga, especially Young Yoga helps to move dietary and/or metabolic acids out of the acid catchers or connective tissue, including the muscles, and then through the pores of the skin. Since dietary and/or metabolic acids are causes of a cancerous tissue condition, when you move acid out of the tissues no more risk for cancer.”

There is no denying that yoga is becoming a presence even in the ivory towers of academic medicine.

Alyson Moadel, PhD, of Albert Einstein College of Medicine in Bronx, N.Y., has been tracking the effects of yoga on breast cancer patients at Montefiore Medical Center for the past eight years.

In 2007, Moadel reported early findings from the study in the Journal of Clinical Oncology — patients who did yoga saw improvements in social and emotional well-being, compared with those who didn’t.

Yoga classes are offered three times a week at Montefiore. Patients gather in a conference room for the seated yoga sessions, which include stretching in a mix of seated and standing poses for the first hour of the class. Then the instructor dims the lights for meditation, breathing, and relaxation.

Moadel said the study has been expanded to include patients with lung cancer and colorectal cancer as well. Most previous studies have focused on breast cancer patients, but other cancers have also been evaluated.

A small study of cancer patients in Japan published this year in the Journal of Palliative Medicine found yoga may be effective against anxiety. A recent study in Cancer found the complementary therapy improved sleep outcomes in lymphoma patients.

And at least one organization — the Society for Integrative Oncology — has issued guidelines recommending that the treatment “should be incorporated as part of a multidisciplinary approach for reducing anxiety, mood disturbance, and chronic pain, and for improving quality of life in cancer patients.”

Investigators aren’t limiting their questions about yoga to cancerous acidic conditions, though.

A German study found that yoga was superior to conventional motor training in a small population of children with attention-deficit hyperactivity disorder (ADHD).

An Australian study published in the Journal of Attention Disorders, concluded that yoga “may have merit as a complementary therapy for boys with ADHD already stabilized on medication.”

Heather Peck, PhD, a school psychologist at the Bethany Community School in Bethany, Conn., and her colleagues at the University of Connecticut, performed a study last year on children with attention problems — although not clinically diagnosed with ADHD.

After taking a yoga class in school, the children had improved attention that was comparable to that of their peers who didn’t have attention disorders.

“We found significant effect sizes,” Peck said. “Their levels of attention came up close to those of the rest of the kids in the class.”

Sat Bir Khalsa, PhD, a neuroscientist at Harvard who researches the effects of yoga on sleep disorders, said the therapy promotes focus, which could help explain why it appears to be so effective in children with attention problems.

“What could be better for someone with ADHD than improving their awareness and attention skills?” he said.

Some researchers have looked into more physical effects of yoga. Peck’s colleague at the University of Connecticut, Melissa Bray, PhD, assessed the therapy in asthma patients.

Bray found that it did improve lung function “to some degree,” but it had a bigger effect on quality of life.

She said that improvements in posture may have played a role in promoting better breathing and airway function, but the relief of anxiety shook off a tremendous burden of the disease.

“You’re surmising that you’ve changed a mental state,” she said, emphasizing this idea is strictly an interpretation.

“No one really knows” what the potential mechanisms of yoga in improving asthma may be, she said. “We need studies to replicate our work.”

“Many disorders have a strong stress component, and I think yoga acts on that,” he said. It also “increases resilience and stress-coping capabilities” if practiced long enough.

Or it may work — as in the case of ADHD patients — by making them more aware of their condition.

“If you’re depressed, how can you treat it if you’re not aware of it?” he asked. “Yoga … creates education between your mind and your body that wasn’t there before. And education is the first step in any kind of intervention.”

He said yoga bears some semblance to cognitive behavioral therapy.

“A lot of stress is due to dysfunctional thinking,” he said. “Cognitive behavioral therapy trains you to be aware of those negative thoughts … and to replace them with more neutral, rational thoughts. Yoga does something similar, but on a deeper level.”

Some researchers say yoga may, indeed, have physiological effects.

Ted Gansler, MD, director of medical content for the American Cancer Society, said some studies have shown evidence of beneficial effects on the immune system. Others still in the works have noted effects on biomarkers including cortisol levels, which play a role in stress, and cytokine production, which plays a role in inflammation.

Emotional responses are generated in the limbic system, he said, and many people with a troubling disease often become conditioned into being “hyper-responsive” to their environment — which often involves high levels of cortisol.

“They interpret everything as a stressor,” he said. “Yoga, on the other hand, engenders the relaxation response, and has the opposite effect on the limbic system.”

But some researchers question whether yoga’s benefits come from the fact that it is also exercise — something that is “clearly beneficial” in most diseases, particularly cancer, Gansler said.

A 2008 study in Cancer Epidemiology, Biomarkers, & Prevention found that women who exercised after receiving a breast cancer diagnosis had both reduced overall mortality and mortality from breast cancer, compared with those who didn’t exercise.

Another study, published in the Journal of Clinical Oncology, found that exercise reduced the risk of cancer recurrence and mortality among survivors of late-stage colon cancer.

Few medical organizations have developed any kind of policy statement or guidelines as to whether physicians should recommend yoga to their patients. Most of their members seem neither to condone nor condemn the practice.

Sarita Dubey, MD, an American Society of Clinical Oncology official and oncologist at the University of California San Francisco, said she believes yoga “does support patients mentally and physically while they endure the challenges from their cancer and cancer treatments.”

But Moadel said she doesn’t see much support for yoga in the medical community just yet.

“I think there’s a lack of understanding about it,” she said. “They may worry that patients think it’s an alternative medicine versus a complimentary modality.”

Few of her patients are referred to Montefiore’s program by physicians. Most find it through word of mouth or advertising.

“I would like to educate them more about how it’s helping patients,” she added.

Khalsa said negative perceptions among medical professionals may change as the “next generation” of researchers appear to embrace yoga. The fact that yoga research has been published in top journals such as Cancer and the Journal of Clinical Oncology may be proof of that.

Gansler said most physicians realize that a treatment with no harmful effects and a decent cost-benefit ratio “just makes sense.”

“The cost is minimal, if anything,” he said. “And there’s minimal danger, unless you really overexert yourself.”

“Yes, the evidence is imperfect,” he added. “But it’s still very promising that it has a good impact on quality of life and control of some symptoms.”

Although the call for more research has been sounded, Khalsa said it may be a challenge because there isn’t much funding for yoga studies.

In order for yoga to gain more credibility in the medical community, the literature needs to grow, he said.

“Research on yoga for therapeutic benefits really is in its infancy, and to look at how many studies are ongoing and being published, the temptation is to think that’s a reflection of how good yoga is,” he said. “And it may not be. We certainly need more research.”

Dr. Young suggests, “exercise, including yoga or Younga Yoga is an important compliment to any cancer treatment. Why? Because it moves dietary and metabolic acids out of the tissues and thus helps to prevent or even reverse a cancerous condition.” 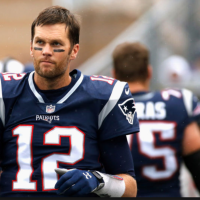 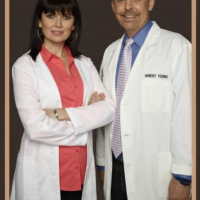 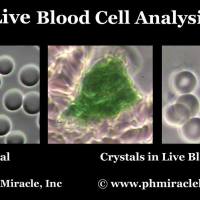 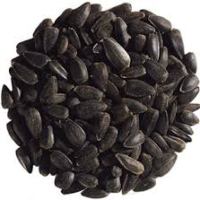