What Causes Multiple Sclerosis, Parkinson’s, Alzheimers, and ALS and is there a CURE?

Despite the previous decade’s medical explanation, a description of the ‘real’ Multiple Sclerosis, Alzheimers, Parkinson’s and ALS occurs when the myelin sheath becomes sufficiently damaged from an over-acidic lifestyle and diet as seen in the above picture.

The myelin sheath is an electrically insulating phospholipid layer that surrounds the axons of many neurons. It is kind of like the rubber coating on a power cord that keeps the electricity traveling forward rather then shooting out in all directions–virtually all over the place.
The main function of a myelin sheath is to increase the speed at which electrical impulses transmit and spread along the myelinated fibers. Along unmyelinated fibers (which are those nerve fibers that lack a fatty sheath) impulses move continuously as waves. But in myelinated fibers, they hop or advance quickly by leaps. Myelin increases resistance across the cell membrane by a factor of 5,000 and decreases the ability to collect a charge of electricity by a factor of 50. Thus, the impulses keep moving and are not absorbed.

Myelination also helps prevent the electrical current from leaving the axon. When a peripheral fiber is severed, the myelin sheath provides a track along which regrowth can occur because it is essential that the body be able to repair itself. Myelin is composed of about 80% lipid fat and about 20% protein.

Remember that fat is a major buffer of environmental, dietary and metabolic acidity! From the perspective of my ‘New Biology,’ the loss of the myelin sheath insulating the nerves, otherwise known as demyelination, is caused from the acid glucose,  acetylyaldehyde a secondary metabolite of glucose, lactose and lactic acid from dairy products and oxygen deprivation, alcohol, uric, sulphuric, phosphoric and nitric acid from animal proteins and other environmental, dietary and metabolic acids stripping this ‘fatty sheath’ off the nerves. When the myelin sheath degrades, conduction of signals along the nerve can be impaired or lost.

The nerve then eventually withers from being saturated in dietary and metabolic acid!

One of my foundational theories is that the body uses fat as a primary buffer of acidity. This is the hallmark of neuro-degenerative auto-immune diseases like multiple sclerosis, Parkinson’s Alzheimers or Amyotrophic Lateral Sclerosis (ALS). Medical science believes that the immune system plays a role in the demyelination associated with such diseases as Multiple Sclerosis, MS or ALS but the ‘New Biology’ does not support this theory!

The predominant theory of today’s medical science is that MS results from attacks by an individual’s immune system on the nervous system and is therefore usually categorized as an auto-immune disease. To the contrary, it is actually caused by the consumption of excess sugar (acid), carbohydrates (acid), artificial sweeteners (acid), heavy metal poisoning (acidic toxin), animal proteins (acid) and even from toxins that come from taking medication which includes mercury (more acid). Even small amounts of mercury have been shown to be particularly destructive to nerve sheaths. The white blood cells actually function like ‘garbage collectors.’  I have observed this using pHase contrast microscopy where I have seen the white blood cells cleaning and picking up cellular debris in the blood plasma.  White cells DO NOT under any condition attack healthy tissue or healthy body cells.  This would also include the myelin sheath.  The white blood cells DO NOT attack the myelin sheath.  That is NOT their function and that is NOT what they do even in the most toxic internal environments. (The following pHase contrast microscopy micrograph shows targeted red blood cells and a solidified mass of uric and sulphuric acid from a patient with diagnosed Multiple Sclerosis.)

But modern medical science perceives the white blood cells as acting more like ‘soldiers.’ This is their word and their metaphor because they believe the white blood cells are ‘attacking’ the nervous system when in fact they are attracted by the need to perform their normal function–the need for a cleaning up the “bloody mess” from personal acidic lifestyle and dietary choice.

Would ‘Mother Nature’ send a garbage man to fight a war? No. Me neither! Tigers don’t change their stripes, and ‘Mother Nature’ is consistent as to how body cells go about their job, despite how aggressively man shoots himself in the foot with his wayward acidic nutritional lifestyle choices.

Multiple Sclerosis, Parkinson’s, Alzheimers and ALS will cause increasingly impaired mobility and disability in more severe acidic cases. (Just like in DDT caused Polio years past. Did scientists change the name from Polio to Multiple Sclerosis so we could declare some illusionary cure?)

Multiple Sclerosis, Parkinson’s, Alzheimers as well as ALS affects neurons. Neurons are the cells of the brain and spinal cord that carry information, create thought and perception, and allow the brain to control the body.

The name Multiple Sclerosis refers to the multiple scars (or scleroses) on the myelin sheaths. This scarring causes symptoms which vary widely depending upon which signals are interrupted. Whenever a patient is experiencing many symptoms that medical science can not otherwise fit into a particular diagnosis, there is the tendency at this time in the historical unfolding of medicine to fall back on the convenient Multiple Sclerosis as the ‘multiple’ symptom diagnosis. (Even though the diagnosis may well be something else, like the toxic acid DDT poisoning causing Polio. By the way, even Polio is caused by acidity!).  Read more about the acidic cause of Polio at:  Articles of Health: The Cause Of Polio – Mass Acidic Poisoning

Thus, what is said to be Multiple Sclerosis, Parkinson’s, Alzheimers, or ALS is a misunderstanding of the body’s alkaline design and acidic function and the use of a throwback catch-all diagnostic category when no other present-day medically accepted explanation or category seems to fit. Every cell in the body regenerates itself over time, especially when the body receives the proper nutritional resources for building stem cells – chlorophyll, oil, water and salt.

This means that the body must have plenty of living waters and foods like Chlorophyll rich green vegetables and healthy Omega 3 fats which not only neutralize acids but provide the raw materials for building new stem cells, red blood cells and, therefore, bodily cells which also include the rebuilding of nerve cells and the myelin sheath cells.

An all natural organic living green foods diet, healthy polyunsaturated oils, alkaline water, liberal amounts of mineral salts and non-nutritive liquid Glutathione, as a super antioxidant, will be directed at building new healthy stem cells and neutralizing the acids related to these particular acid imbalances of Multiple Sclerosis, Parkinson’s, Alzheimers, or ALS while providing additional resources for healthy red blood cell production in the crypts of the small intestines.  An alkaline lifestyle, diet and nutrition is at the foundation of eliminating acidic residues in the body, building healthy blood, hyper-perfusing the tissues in alkalinity and restoring the alkaline design of the body cells and tissues, even rebuilding the myelin sheath and reversing the acidic symptom, called Multiple Sclerosis.

I have found in my own clinical research when reversing or curing Multiple Sclerosis,  the patient must take on the challenge of providing a responsible alkaline way of living, eating, and thinking, including the re-examination of the various acidic environments from within and without, in which the MS patient most often finds himself/herself.

To learn more about the pH Miracle Lifestyle and Diet go to: www.phmiracleliving.comor call: 760 751 8321

3 thoughts on “What is The Cause of Multiple Sclerosis, Parkinson’s, Alzheimers, and ALS?” 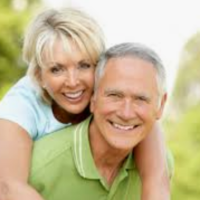 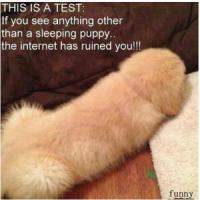