Flu Vaccine – Check Out The Ingredients Before Poisoning Yourself!

Parents have the right to understand what is being put into their child’s body. The production of vaccines uses many acidic dis-ease causing ingredients. Additionally, the components used during the manufacturing process may violate your personal, religious, or ethical beliefs.

Lastly, remember that whatever colorful language is used by the scientific community (using such words as purified), using such substances can come with an enormous cost.

As you read this list, understand cell lines and vaccines are contaminated with the blood of humans and animals. This is often hidden under the term “adventitious agents.”

The cells are used to grow viruses or acidic waste products used which are then collected from the cell cultures and processed further to produce the acidic vaccine itself.

One of the more toxic methods involved in vaccine manufacturing is the collection of fetal bovine serum. The purpose for serum is providing a nutrient broth of acid for bacteria, yeast and/or mold to evolve in cells.

How is the blood collected?

“After slaughter and bleeding of the cow at an abattoir, the mother’s uterus containing the calf fetus is removed during the evisceration process (removal of the mother’s internal organs) and transferred to the blood collection room. A needle is then inserted between the fetus’s ribs directly into its heart and the blood is vacuumed into a sterile collection bag. This process is aimed at minimizing the risk of contamination of the serum with micro-organisms from the fetus and its environment. Only fetuses over the age of three months are used otherwise the heart is considered too small to puncture.

Once collected, the blood is allowed to clot at room temperature and the serum separated through a process known as refrigerated centrifugation.” [1]

The FDA approved the Flublok vaccine on January 16, 2013.

This new technology is being touted as the wave of the future. It utilizes an insect cell line (expresSF+®) that is derived from cells of the fall armyworm, Spodoptera frugiperda.

As mentioned above, monkey kidney tissue is used to support the production of certain viruses or acidic waste products used in vaccine production. There remains a huge controversy over using these cells and their role contaminating the polio vaccine in the 1950s.

The story is best told in the Congressional papers of a courageous scientist, Bernice Eddy. The Executive Reorganization and Government Research of the Committee on Government Operations United States Senate, Ninety-Second Congress, Second Session [1972] states on page 500: 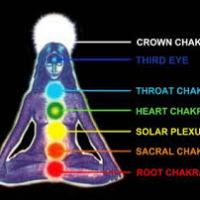