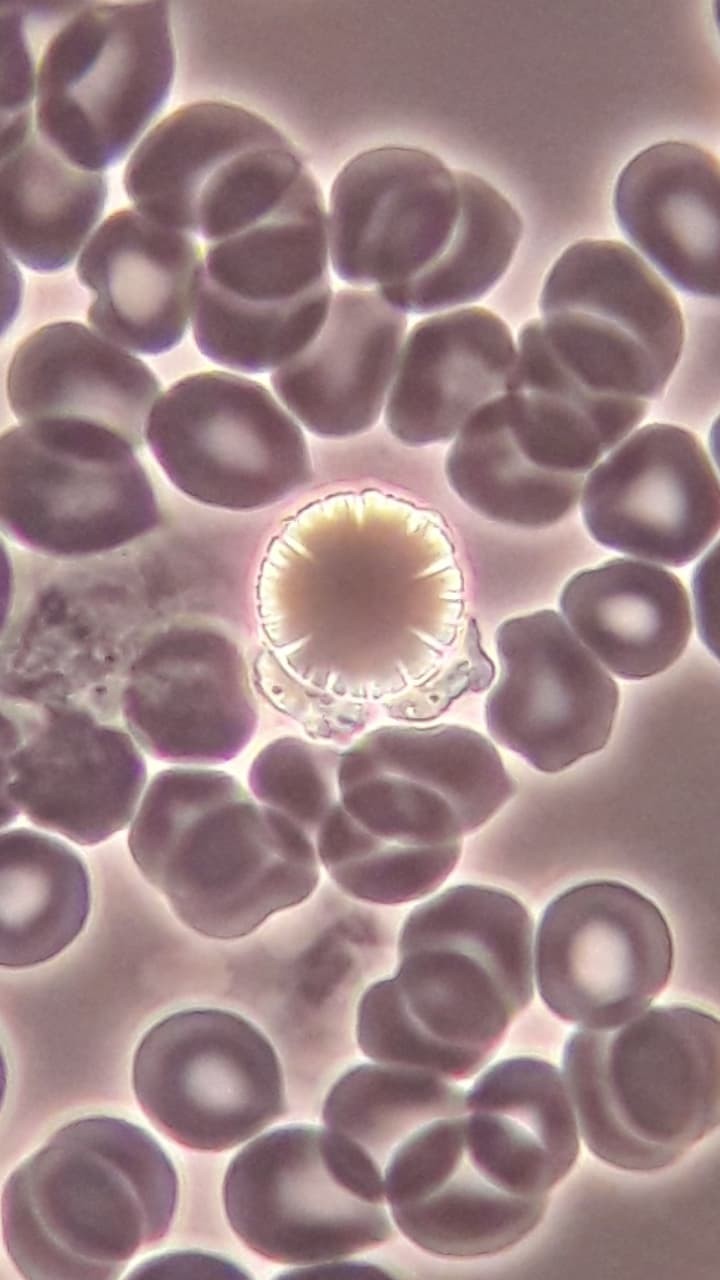 The live blood cell micrograph above is showing a “scare forms” with yeast (Y-form) and a Trypanosoma brucei parasite and always an indication of metabolic acidosis or decompensated acidosis of the interstitial fluids of the Interstitium and blood. (pH below 7.365) These “scare forms” with parasites and yeast are always associated with a serious health challenge and an acidic lifestyle and diet! 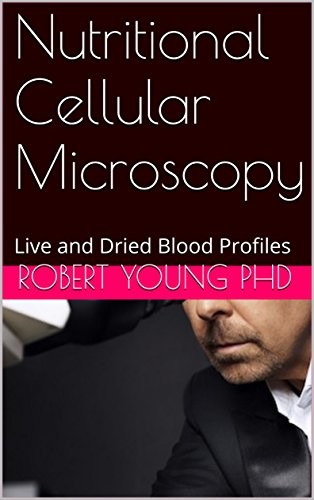 The blood micrograph also shows just under the “Scare Form” a Trypanosoma brucei parasite as seen in live human blood through the eyes of pHase contrast microscopy. 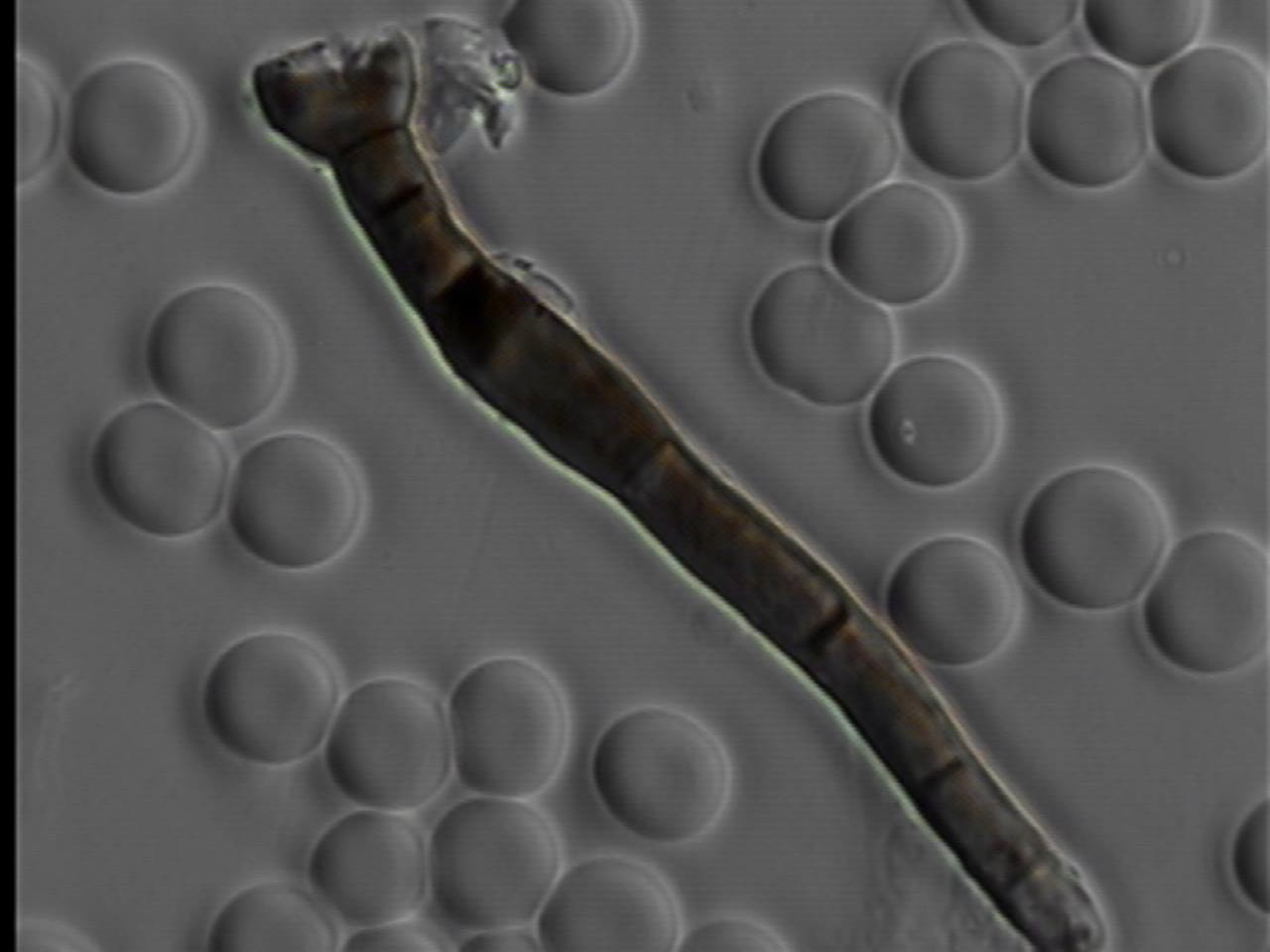 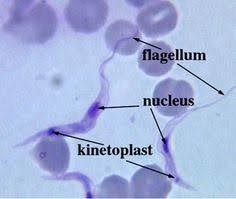 If you are eating raw or uncooked meat (beef, chicken, pork) or fish (especially raw) you are at a 99 percent risk for “scare form”, “yeast” and “parasites”. 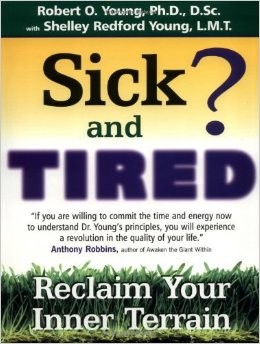 This is the surgical removal of 20 cm long Loa Loa worm from the human eye.
This worm was seen originally in West Africa.

Loa loa is a thread-like worm that lives under the skin in the subcutaneous fat causing loiasis. Because it is often spotted migrating in the eye, it is known as the eye worm. Loiasis is endemic to 11 countries and 12 million Africans are infected. The disease is also known as subcutaneous filariasis, Calabar swellings, African eye worm infection, Loa loa filariasis and Fugitive swelling.
Loiasis is carried by day-biting deer and mango flies. They both live in rain forests and warm swamps in central and western Africa. Deer fly’s bite is very painful because it has to rip skin apart in order to drink blood. It does not have a narrow sophisticated feeding tube like that of a mosquito. A deer fly is about 5–20 mm in length.

The life cycle of Loa loa starts, when a Loa loa female gives birth to living microfilariae (prelarval eggs) inside the skin of an infected human. The microfilariae travel in peripheral blood during daytime, but during the night (noncirculation phase) they reside in the lungs. When a noninfected deer fly takes a blood meal from an infected human, it ingests microfilariae. The microfilariae lose their sheaths, migrate from the fly’s midgut to the hemocoel and eventually to the thoracic muscles. There they develop into first stage and eventually into third stage (infective) filarial larvae. The development inside the fly takes up to two weeks. They migrate to the fly’s proboscis (the snout) and invade another human during the next blood meal. The third stage larvae are transferred from the deer fly’s mouth parts to the skin. They burrow into the bite wound and enter the subcutaneous layer where they mature into adults in one year. The cycle is completed, when male and female mate and release microfilariae into the bloodstream. Loa loa adults live up to 17 years.

Adult Loa loa male is about 30–34 mm long and 0.35–0.42 mm thick; Loa loa female about 40–70 mm long and 0.5 mm thick. Loa loa migrates in the subcutaneous layer. When it stops moving, the surrounding tissue develops Calabar swelling. This often occurs in joints, which are its usual stopping points. If an adult Loa loa is killed, its body becomes waste, which causes abscesses and pus. The waste products need to be eliminated to make sure that the surrounding tissue and cells are not disturbed. If the body cannot get rid of the waste, it restricts it by fibrosis.

Diagnosis can be made by analyzing blood under a microscope to find Loa loa microfilariae. Microfilariae have also been found in urine, sputum and spinal fluids. The blood sample needs to be taken during the day, when the microfilariae are travelling in the bloodstream (peripheral blood circulation). According to some estimates 30 % of loiasis patients do not have microfilariae in their bloodstream or have so small quantities that they are rarely seen in microscopic examinations. An immunoassay for detecting circulating antigens excreted by adult Loa loa can be used (depending on your health care provider). Identification of an adult worm is possible from a tissue sample collected during a subcutaneous biopsy. Sometimes adult worms are seen migrating across the eye, but the short time (often only 15 minutes) for the worm’s passage through the conjunctiva makes this observation less used. Calabar swellings are also of diagnostic value.

Loiasis is usually treated with diethylcarbamazine (DEC) or sometimes with ivermectin. DEC is effective against microfilariae and less effective against adult worms. Treatment with DEC is not advised for patients with high quantities of microfilariae because those patiens can develop encephalopathy (brain disease). When side effects need to be minimized, albendazole can be used instead. Sometimes eye worms can be removed surgically, although the time frame during which the removal must be done is very short. After the surgery, DEC therapy should follow to manage other adult worms and microfilariae.

The World Cancer Research Fund recently completed a detailed review of 7,000 clinical studies covering links between diet and cancer. Upon conclusion it is evident that processed meats are dangerous for human consumption and consumers should stop buying and eating processed meats.
What are processed meats?Processed meats include bacon, sausage, hot dogs, sandwich meat, packaged ham, pepperoni, salami and nearly all meat found in prepared frozen meals. Processed meats are usually manufactured with a carcinogenic (linked to promote and cause cancer) ingredient known as sodium nitrate. Sodium nitrate is primarily used as a colour fixer by meat companies to make the packaged meats look bright red and fresh. Monosodium glutamate is also added on a regular basis to enhance the savoury flavour.
Sodium Nitrate has been strongly linked to the formation of cancer-causing nitrasamines in the human body, leading to a sharp increase in the risk of cancer for those consuming them. A 2005 Hawaii University study found that eating processed meats increased the risk of pancreatic cancer by 67%, whilst another study found that it increased the risk of colorectal cancer by 50%. These are scary numbers for those consuming processed meats on a regular basis.
Monosodium glutamate (MSG) is a second dangerous chemical found in virtually all processed meat products. MSG is a dangerous excitotoxin linked to neurological disorders such as migraine headaches, Alzheimer’s disease, loss of appetite control, obesity and many other serious health conditions. Manufacturers use MSG to add an addictive savory flavor to dead-tasting processed meat products.
Foods to NEVER eat:
…and many more meat products
If it’s so dangerous to consume why are they allowed to sell it?
Unfortunately now days the food industry interests now dominate the actions of the government regulators. The USDA for example tried to ban sodium nitrate in the late 1970′s but were overridden by the meat industry insisting the chemical was ‘safe’. Today the food and agriculture corporations hold tremendous influence over the food industry and as a result  consumers have little protection from dangerous chemicals intentionally added to foods, medicines and personal care products.
To avoid the dangers of processed meats:
Antioxidants naturally found in fresh organ fruits and vegetables have been shown to help prevent the formation of cancerous-causing nitrosamines, protecting you from the devastating health effects of animal proteins. The best defence of course is to avoid animal protein/flesh all together!
Sources:
http://www.wcrf.org/PDFs/Colorectal-cancer-CUP-report-2010.pdf
http://voices.yahoo.com/sodium-nitrite-processed-meats-causes-cancer-2522974.html?cat=5
http://preventcancer.aicr.org/site/News2?page=NewsArticle&id=15642&news_iv_ctrl=0&abbr=pr_
http://organicconsumers.org/foodsafety/processedmeat050305.cfm
http://today.com/id/16361276/ns/today-food/t/things-you-need-know-about-deli-meats