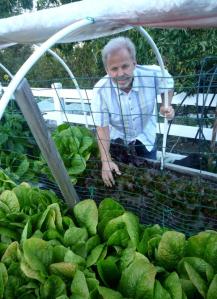 1) Ginkgo – improves circulation in the peripheral parts primarily genitals, penis, prostate. According to Dr. Ed Smith, poor peripheral circulation is a major cause for weak or insufficient potency in men and in that regard he recommends this herb and it’s benefits.

2) Ginseng – not every ginseng only Siberian ginseng which has the strongest characteristics of all other herbs from this family. It has been used for centuries in Eurasia for resistance to severe disease, energy, balance, stamina and physical performance. It is considered to be a plant which improves sexual condition, fertility and potency. 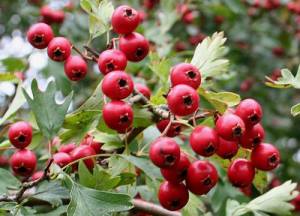 The appended article below intends to support the thesis that Hops in beer, etc., helps to decrease the effects of testosterone on promoting the growth of prostate tumors. What the article does not say, is the way hops achieves that effect is by either mimicking an estrogen or deactivating testosterone or other androgens. This so-called science is VERY alarming to me, given the propensity of adolescents to drink copious quantities of beer! The effects would be “feminizing” to males and hyper-feminization in young women, and leading to a host of reproductive disorders, including fertility problems.

It may be that the syndrome referred to as “beer belly” or “acid gut” is even more malignant than just contributing to obesity. Large quantities of beer being consumed at frat parties, etc., may be causing young males not only to become obese, but also to develop breasts, lose libido, and cause the feminization of males
and the hyper-feminization of females.

(Ivanhoe Newswire) — The natural compound xanthohumol, which is derived from hops, blocks the effects of the male hormone testosterone, aiding in the prevention of prostate cancer.

“We hope that one day we can demonstrate that xanthohumol prevents prostate cancer development, first in animal models and then in humans, but we are just at the beginning,” Clarissa Gerhauser, Ph.D., group leader of cancer chemoprevention in the Division of Epigenomics and Cancer Risk Factors at the German Cancer Research Center in Heidelberg, Germany, was quoted as saying.

Xanthohumol belongs to the group of flavonoids that are found in many plants, fruit, vegetables and spices, especially in hops. Studies to date have shown that xanthohumol blocks the action of estrogen by binding to its receptor, which may lead to prevention of breast cancer. Since testosterone receptors behave similarly to estrogen receptors, the researchers sought to determine whether xanthohumol might not only block the effects of estrogen, but also of the male hormone androgen.

Dr. Gerhauser and colleagues stimulated hormone-dependent prostate cancer cells with testosterone, which led to a massive secretion of prostate specific antigen (PSA), an early indicator of prostate cancer in men. Cells were then treated with testosterone and xanthohumol. “Xanthohumol prevented the receptor from translocating to the cell nucleus, thus inhibiting its potential to stimulate the secretion of PSA and other hormone-dependent effects,” Dr. Gerhauser said.

When researchers measured the anti-androgenic potential of xanthohumol in a rat model, they found that although xanthohumol was not able to prevent an increase in prostate weight after testosterone treatment, it could reduce testosterone-increased seminal vesicle weight.

Dr. Gerhauser said, “Although the prostate weights were not changed, xanthohumol still reduced the effects of hormone signaling, such as gene expression, measured in the prostate tissue.” 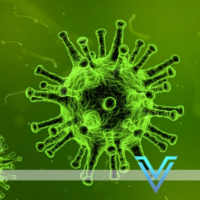