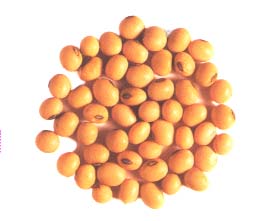 Will Eating and/or Drinking Soy Prevent or Reverse Dis-ease or So-called Disease?

Cancer is a group of dis-eases characterized by the uncontrolled fermentation and degeneration of body cells. Over 10 million Americans today are cancer survivors, and about 1.4 million Americans are expected to be diagnosed each year.1

“Diet plays an important role in the prevention and treatment of ALL cancerous conditions, and soy protein is one of the leading anti-acid or alkalizing and therefore anti-carcinogenic foods being studied,” stated Dr. Robert O. Young, Director of Research at the pH Miracle Living Center.

There has been much focus during the past 15 years on the anticancer effects of soy foods.2There are several presumed chemopreventive agents in the soy bean,6 but the isoflavones have received the most attention.3 A particular interest lies in the role of soy foods and isoflavones in reducing the risk of breast and prostate cancer.2

Data modestly supports the hypothesis that soy food intake may reduce the incidence of breast cancer. A recently published analysis found the relative risk for breast cancer was 95 percent when comparing high- vs. low-soy consumers.5 However, many of the case-control and prospective studies included in this analysis were of poor quality.6

Rodent studies have generally shown that isoflavones, or soy protein, inhibit chemically induced mammary tumors when given prior to tumor initiation7-9, although there are a number of exceptions.10-12 Interestingly, the chemopreventive effects of isoflavones appear to be affected by the background dietary choices.

When the isoflavone genistein was added to the semi-purified diet, chemically induced rodent mammary tumors were not inhibited, but when added to the regular chow diet, tumor development was suppressed by approximately 50 percent.13 This suggests that animal research, which most commonly uses semi-purified diets, may actually underestimate the potential anticarcinogenic effects of soy and other foods.

In contrast to the animal and epidemiologic data, there is little clinical evidence that soy or isoflavones favorably affect markers of breast cancer risk including breast tissue density,14, 15serum estrogen levels,16, 17 and breast cell proliferation.18 There is limited evidence that estrogen metabolism is favorably affected19 and that menstrual cycle length is increased (which decreases cancer risk).16

Nevertheless, there remains considerable enthusiasm for the possibility that soy food intake contributes to the low breast cancer rate in Japan.

There is both epidemiologic 20-22 and animal 23, 24 data in support of the hypothesis that early soy intake reduces later risk of developing breast cancer. This hypothesis is consistent with mounting evidence that early life influences — parity, lactation, age at menses, birth weight, etc. — impact risk of developing breast cancer.25-36 Studies of migrants suggest that the first 20 years of life have an especially profound impact on risk.36-38 The epidemiologic data suggest just one to two servings of soy foods is protective.

For more than 15 years, soy foods have been actively investigated for their possible role in reducing breast cancer risk. Initial enthusiasm about this hypothesis was based on several observations. These include the low breast cancer rates in Japan, early animal research indicating that soy beans in rodent diets reduced mammary tumor development and evidence suggesting that the isoflavones (phytoestrogens) in soy foods may exert anti-estrogenic effects.

However, establishing a relationship between cancer risk and diet – especially specific foods – is much more difficult than establishing such links in the case of other chronic diseases such as coronary heart disease. This is because there are few well-established non-invasive indicators of cancer risk, and studies are very rarely conducted for long enough to measure actual differences in tumor incidence. Consequently, it is difficult to claim with confidence whether a particular intervention increases or decreases the chances of developing cancer.

Epidemiologic research is a useful mode of investigation for exploring a relationship between diet and cancer. Epidemiology is the study of the patterns, causes, and control of disease in groups of people. There are two primary types of epidemiologic studies, case-control and prospective studies. In case-control studies, scientists compare people with cancer to those without in hopes of identifying characteristics such as lifestyle or diet that are more common to one group than the other. In prospective studies, scientists first evaluate the characteristics of a large group of healthy people, then follow those subjects for many years in hopes of identifying whether certain factors are more common to those who develop cancer than to those who don’t. Generally, prospective studies are considered more credible than case-control studies. It is important to recognize, however, that epidemiologic studies cannot establish cause and effect relationships. Only clinical trials can do that. But epidemiologic studies are often used as a basis for clinical research.

To evaluate the relationship between soy intake and breast cancer risk, Bruce Trock and colleagues from the Johns Hopkins School of Medicine and Georgetown University conducted a meta-analysis of epidemiologic studies. A meta-analysis is the statistical analysis of a large collection of results from individual studies for the purpose of integrating the findings. This particular analysis included 12 case-control studies and 6 prospective studies. The major finding of this analysis was that when all women (Asian and non-Asian, pre- and postmenopausal) were considered, soy intake was associated with a 14% reduction in breast cancer risk. That is, women consuming higher quantities of soy were 14% less likely to develop breast cancer than women who consumed relatively little soy. However, subgroup analysis revealed that soy was more protective against pre- compared to postmenopausal breast cancer, and was protective in studies involving non-Asian women but not Asian women.

The analysis by Trock and colleagues provides modest support for the notion that soy may protect against breast cancer. A 14% reduction is certainly noteworthy, but for several reasons the study results should be interpreted with caution.

First, in many studies, soy intake was not actually quantified. Rather, it was estimated based on the urinary excretion of isoflavones. Because urinary isoflavone excretion varies so much from person to person, it provides only a rough approximation of soy intake. Furthermore, although soy was found to be protective in studies involving non-Asian women, the intake of soy by the women in these studies was quite low. There is some doubt as to whether such low intakes are sufficient to exert biological effects. Since soy foods are still consumed by only a minority of people in non-Asian countries – and are often favored by especially health-conscious individuals – we must consider the possibility that the perceived cancer-protective effects of soy may result from an overall healthy lifestyle, rather than soy consumption per se. Although the researchers employed statistical techniques to try to separate the effects of soy from other factors common to people who eat soy, this is very difficult to do.

While some evidence, including the new analysis by Trock and colleagues, suggests soy foods may reduce breast cancer risk, no conclusions can be made at this time. Nevertheless, because soy foods provide excellent nutrition, they can play an important role in an overall healthy diet, regardless of their possible relationship to breast cancer protection.

The soy bean isoflavone genistein inhibits the growth of both androgen-dependent39-42 and androgen-independent39, 42-45 prostate cancerous cells, depending on the level of soy doses administered. In addition, genistein inhibits the invasive capacity of prostate cancerous cells 42and enhances the ability of radiation to kill these cells.46 However, the concentration of genistein required to exert these effects is higher than the serum isoflavone levels of people who eat soy foods.47-49 Nevertheless, several observations suggest these effects are biologically relevant.39,44-49

In Japan, although many men have prostate cancer, few die of this dis-ease. This is because the small tumors often referred to as latent prostate cancer, not uncommon to Japanese men, rarely progress to the more advanced form of this disease.51, 52 Isoflavones in combination with tea extracts were shown to reduce tumor growth in mice more effectively than either agent alone.9

In Asia, and especially in Japan, where prostate cancer mortality rates are low, both soy foods and tea are important components of their diet. There are likely several factors that contribute to this clinical situation in Japanese men and according to the International Prostate Health Council, and isoflavone intake from soy foods may be one.53

There has been limited epidemiologic investigation of the relationship between soy intake and prostate cancer. These studies have produced mixed results but can be said to be consistent with the hypothesis that soy intake reduces prostate cancer risk.

A recent analysis of 10 epidemiologic studies found that soy intake was associated with a one-third reduction in prostate cancer risk.5 However, many of the epidemiologic studies involved a small number of cases54, 55 and/or did not comprehensively evaluate soy food intake. However, a recent comprehensive Japanese case-control study found that when comparing the highest with the lowest soy food intake cases, risk was reduced by nearly 50 percent.56