A new study just published in the International Journal of Cancer examined the activity of chlorophyllin and found that, on a dose-by-dose basis, it was 10 times more potent at causing death of colon cancer cells than hydroxyurea, a chemotherapeutic drug commonly used in cancer treatment. 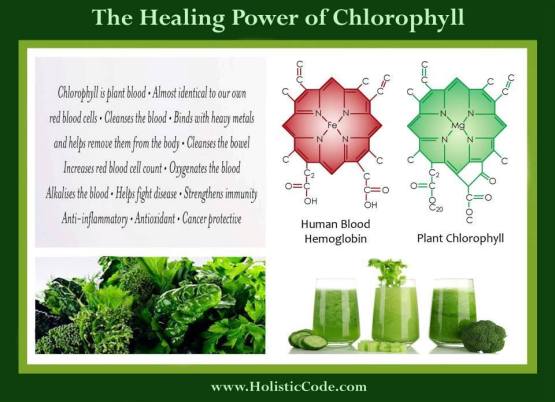 Beyond that, chlorophyllin kills cancer cells by blocking the same phase of cellular division that hydroxyurea does, but by a different mechanism. This suggests that it – and possibly other “cocktails” of natural products – might be developed to have a synergistic effect with conventional cancer drugs, helping them to work better or require less toxic dosages, researchers said.

“We conclude that chlorophyllin has the potential to be effective in the clinical setting, when used alone or in combination with currently available cancer therapeutic agents,” the researchers wrote in their study.

The concept of combining conventional or new cancer drugs with natural compounds that have been shown to have anti-cancer properties is very promising, said Rod Dashwood, professor and director of the Cancer Chemoprotection Program in the Linus Pauling Institute.

“Most chemotherapeutic approaches to cancer try to target cancer cells specifically and do something that slows or stops their cell growth process,” Dashwood said. “We’re now identifying such mechanisms of action for natural compounds, including dietary agents. With further research we may be able to make the two approaches work together to enhance the effectiveness of cancer therapies.”

Chlorophyllin is a water-soluble derivative of chlorophyll – the green pigment found in most plants and many food products that makes possible the process of photosynthesis and plant growth from the sun’s energy. Chlorophyllin is inexpensive, and animal studies plus human clinical data suggest that it can be ingested at relatively high levels without toxicity.

In the new study, researchers found that pharmacologic doses of chlorophyllin caused colon cancer cells to spend more time than normal in their “synthesis phase” in which DNA is duplicated. Timing is critical to the various phases of cell growth, researchers said, and this disruption started a process that ultimately led to cell death, the study found.

In particular, the presence of high levels of chlorophyllin caused a major reduction in the level of ribonucleotide reductase, an enzyme critical to DNA synthesis, researchers found. This is also the mechanism of action of hydroxyurea, one drug already being used for cancer chemotherapy.

“In cancer research right now there’s interest in approaches that can reduce ribonucleotide reductase,” Dashwood said. “At the doses used in our experiments, chlorophyllin almost completely stops the activity of this enzyme.”

Further research is needed both in laboratory and animal studies, with combinations of chlorophyllin and existing cancer drugs, before it would be appropriate for human trials, Dashwood said. Chlorophyllin, in general, is poorly absorbed from the human gastrointestinal tract, so it’s unclear what levels might be needed for therapeutic purposes or how well they would work.

Other dietary agents also might have similar potential. Work just published by LPI researchers in the journals Carcinogenesis and Cancer Prevention Research explored the role of organic selenium compounds in killing human prostate and colon cancer cells. Colorectal and prostate cancers are consistently among the leading causes of cancer mortality in the United States, and will account respectively for 18 percent and 9 percent of all cancer deaths in 2009, according to estimates from the American Cancer Society.

In the recent studies, a form of organic selenium found naturally in garlic and Brazil nuts was converted in cancer cells to metabolites that acted as “HDAC inhibitors” – a promising field of research in which silenced tumor suppressor genes are re-activated, triggering cancer cell death.

“Whether it’s HDAC inhibition leading to one manner of cancer cell growth arrest, or loss of ribonucleotide reductase activity leading to another, as seen with chlorophyllin, there’s significant promise in the use of natural products for combined cancer therapies,” Dashwood said. “These are areas that merit continued research.”

These studies were supported by the National Cancer Institute and the National Institute of Environmental Health Sciences. Other collaborators included researchers from the New York Medical College and the Penn State College of Medicine.

Chlorophyll is identical to your hemoglobin except for the center atom. Dr. Robert O. Young’s, at the pH Miracle Living Center in San Diego, California suggests, “as one increases their consumption of chlorophyll from green foods and green drinks the quality and quantity of the red blood cells improve. This can be noted on a CBC medical test as the red blood cell count increases and the hemoglobin increases to a healthy range. Liquid chlorophyll and chlorophyllin can be added to any water or green drink to improve the concentration of this powerful blood building compound.”

The World Cancer Research Fund recently completed a detailed review of 7,000 clinical studies covering links between diet and cancer. Upon conclusion it is evident that processed meats are dangerous for human consumption and consumers should stop buying and eating processed meats.
What are processed meats?Processed meats include bacon, sausage, hot dogs, sandwich meat, packaged ham, pepperoni, salami and nearly all meat found in prepared frozen meals. Processed meats are usually manufactured with a carcinogenic (linked to promote and cause cancer) ingredient known as sodium nitrate. Sodium nitrate is primarily used as a colour fixer by meat companies to make the packaged meats look bright red and fresh. Monosodium glutamate is also added on a regular basis to enhance the savoury flavour.
Sodium Nitrate has been strongly linked to the formation of cancer-causing nitrasamines in the human body, leading to a sharp increase in the risk of cancer for those consuming them. A 2005 Hawaii University study found that eating processed meats increased the risk of pancreatic cancer by 67%, whilst another study found that it increased the risk of colorectal cancer by 50%. These are scary numbers for those consuming processed meats on a regular basis.
Monosodium glutamate (MSG) is a second dangerous chemical found in virtually all processed meat products. MSG is a dangerous excitotoxin linked to neurological disorders such as migraine headaches, Alzheimer’s disease, loss of appetite control, obesity and many other serious health conditions. Manufacturers use MSG to add an addictive savory flavor to dead-tasting processed meat products.
Foods to NEVER eat:
…and many more meat products
If it’s so dangerous to consume why are they allowed to sell it?
Unfortunately now days the food industry interests now dominate the actions of the government regulators. The USDA for example tried to ban sodium nitrate in the late 1970′s but were overridden by the meat industry insisting the chemical was ‘safe’. Today the food and agriculture corporations hold tremendous influence over the food industry and as a result  consumers have little protection from dangerous chemicals intentionally added to foods, medicines and personal care products.
To avoid the dangers of processed meats:
Antioxidants naturally found in fresh organ fruits and vegetables have been shown to help prevent the formation of cancerous-causing nitrosamines, protecting you from the devastating health effects of animal proteins. The best defence of course is to avoid animal protein/flesh all together!
Sources:
http://www.wcrf.org/PDFs/Colorectal-cancer-CUP-report-2010.pdf
http://voices.yahoo.com/sodium-nitrite-processed-meats-causes-cancer-2522974.html?cat=5
http://preventcancer.aicr.org/site/News2?page=NewsArticle&id=15642&news_iv_ctrl=0&abbr=pr_
http://organicconsumers.org/foodsafety/processedmeat050305.cfm
http://today.com/id/16361276/ns/today-food/t/things-you-need-know-about-deli-meats