Watch the following video as Tony shares the pH Miracle Alkaline way of living, eating, breathing and thinking at the following link:

To learn more about the pH Miracle alkaline lifestyle and diet go to: http://www.drrobertyoung.com and http://www.phmiracleretreat.com

Join the millions around the World that are enjoying good health and fitness free of ALL sickness and disease. Read The pH Miracle revised and updated book and other books written by Robert O Young PhD – https://www.amazon.com/pH-Miracle-Balance-Reclaim-https://www.amazon.com/Robert-O.-Young/e/B001ILKCSU/ref=sr_tc_2_0?qid=1529539204&sr=8-2-ent 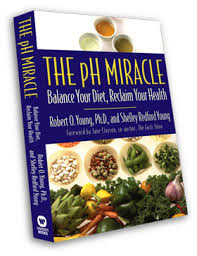 Would YOU like to come to a pH Miracle Health and Fitness Retreat?  To learn more go to: http://www.phmiracleretreat.com

It may seem an extraordinary statement to make, given the billions poured into cancer research by multinational pharma companies and medical research facilities. But a new book by a veteran GP on the northside of Dublin may well offer the first real proof that a way has been found to beat cancer.

In Stop Feeding your Cancer, Dr John Kelly does not produce a “cure” for cancer. Instead he presents convincing evidence, based on the experience of his own patients, which shows that cancer can be stopped in its tracks and even reversed into a dormant state, allowing sufferers to regain good health and lead normal lives.

The core of this approach is the discovery a decade ago of a direct link between the consumption of acidic animal protein and the development of cancer. Cancer cells need protein to divide and flourish. Cut off the supply of the acidic animal protein and you can stop the growth and spread of cancer cells. You can starve the cancer into submission.

Kelly does not claim to have made any discovery on cancer himself. In fact his approach is based on the findings in another book, The China Study, by the acclaimed nutritionist Colin Campbell of Cornell University, first published in the US in 2005 which has now sold over a million copies and The pH Miracle book by Dr. Robert O. Young, first published in 2001 which has sold over 5 million copies.  What Kelly has done is put those findings into use in his own practise over the past nine years and document the results; he appears to be the first GP to do so in this part of the world. Prof Campbell’s  and Dr. Young’s revolutionary work over a decade ago established the link between acidic animal protein and cancer in such a compelling manner that it was hard to ignore. But ignore it the medical profession did, possibly because it seemed too simple an answer to what all the specialists saw as a very complex disease.

Campbell’s early research had showed that feeding rats an animal protein diet made them develop cancers. Even more significant, it showed that changing their diet back to plant protein halted the development of the tumors. And putting them back on the animal protein diet again made the cancers start to spread again. The cancer literally could be switched on and off.

Kelly also mentions another discovery by Campbell in the Philippines at a time when there was a high incidence of cancers among children there. What Campbell noticed was that children from poorer families, the vast majority, usually recovered from the disease. But children from better off families usually died. The difference was diet. Only the better off families could afford meat and dairy produce for their children.

This early work led to the large scale clinical study by Campbell in China, chosen because of the uniformity of diet across much of that vast country and the ability to track the effects of differences in this diet in some areas.

The link between acidic animal protein and cancer was confirmed by this very extensive survey work and the results were published in Campbell’s book The China Study nine years ago and Dr. Robert O. Young’s book The pH Miracle book over 13 years ago. Given a copy by a friend in Cornell University, John Kelly was deeply impressed. Instead of merely reading the book, however, he decided to put its findings to work in his own practise, conducting what he calls a “field study” among his patients who developed cancer. He has been doing this now for almost a decade, recording the results meticulously.

And the results, which he details in his book Stop Feeding your Cancer, are jaw dropping. As in any large GP practise in Ireland, a number of Kelly’s patients develop cancer every year. He began to tell them about the link, gave them a copy of The China Study, and suggested they go on an alkaline animal protein free diet (no meat, no dairy produce). At the same time he continued to refer them on to cancer specialists in the normal way and did not try to dissuade them from having whatever surgery, radiotherapy or chemotherapy might be recommended.

What emerged is truly extraordinary. All of the patients who adopted the alkaline animal protein-free diet and stuck to it strictly found that their cancer stopped growing and spreading. The tumours became dormant, sometimes even reducing in size.

Since all of these patients were also having conventional cancer treatment, it was not possible to categorically say they had been saved by the diet alone. But conventional cancer treatment alone does not have this success rate and in many cases the specialists involved were amazed at the recovery of the patient. (Some of Kelly’s patients had told their specialists they were on the diet, others did not. Invariably, the specialists put the recovery down to surgery or chemotherapy.)

Kelly gives the full details of over half a dozen cases in the book, including profiles of the patients and their lifestyles. The cases cover prostate, lung, colon, bowel, brain and other cancers. In some cases the patients stuck rigidly to the alkaline diet; in others they became complacent as they got better and could not resist going back to having steaks and fry-ups when their specialists gave them the all clear – whereupon their cancers came back.

Kelly is a quietly charismatic doctor in his seventies, a man with decades of experience as a GP. At his large practice in the Howth/Sutton area, he is regarded as something of a guru of health and well-being. Now on the verge of retirement, this short book is his summation of what he has learned about cancer over recent years and about the tunnel vision of specialist medicine which is ignoring what he believes to be an effective way of treating the killer disease.

What Kelly has to say about the medical profession, dominated by consultants who rarely look beyond their own highly specialised areas, is telling. But it is his exposure of the refusal of specialists to take on board this new way of treating cancer – or even to consider it – that makes this such an important book.

Kelly always adopted a low-key approach with patients, as he explains in the book, gently encouraging them but letting them make their own decisions. The personal stories he gives are very human as patients try to stick with the alkaline diet, the disease comes and goes and the patients swing between despair and elation. Invasive treatments run alongside attempts to keep to the diet. No two cases are the same. But what the cases in the book show consistently is that an alkaline animal protein free diet can beat cancer.

There is one exception to this, pancreatic cancer, the virulent form that killed Brian Lenihan and is usually fatal. But far from undermining the diet theory, Kelly, who has lost several patients to pancreatic cancer including his own brother, says this is actually an exception that proves the rule. The reason the alkaline animal protein free diet does not work against pancreatic cancer and some gastric cancers, he explains, is that the pancreas itself produces animal protein. The metabolising enzyme involved called Trypsin may hold the key to solving this problem and Kelly calls for research into anti-Trypsin drugs.

Kelly’s book shows him to be a widely read and philosophical doctor who believes in an alkaline holistic approach to medicine. He is at once scrupulously scientific and completely open-minded. He is naturally sceptical and hesitant in coming to conclusions. But his experience with his cancer patients has made him passionately convinced that the alkaline animal protein free diet is the answer.

He is well aware that a “field trial” run in one GP’s practise – even a large practise over a decade – cannot be taken as conclusive and that clinical study needs to be done on a national or even international basis.

In the book he calls for such research; in fact his main motivation for writing the book is the disinterest he has faced from consultants and oncology specialists in the past few years who are dismissive of the diet theory to the point of being insulting. They stick with their surgery and radiotherapy and chemotherapy even though in many cases it either does not work or offers only limited time. They regard a dietary solution as simplistic or as flaky alternative medicine. What would a mere GP know? After all, they are the experts.

But that is exactly the point raised by this book. How blinkered are our specialists? Maybe they have become so specialised they can no longer see something that is outside their own area of expertise. Maybe it takes the broad, open-minded approach of the GP, especially a GP of vast experience like John Kelly, to see what is obvious.

If this book manages to shake our highly paid medical elite out of their complacency it will have succeeded. It presents a challenge to the cancer specialists of this country, one which they have so far tried to ignore rather than answer. It is a remarkable achievement by one doctor who has not forgotten his Hippocratic oath.