On St. Patrick’s Day everyone is Irish, and everyone eats (and drinks!) Irish, and that’s just fine but . . . anyone who wants to keep their lungs healthy and keep breathing should eat Greek or Italian for the other 364 days of the year, according to a new study out of Harvard.

The study showed that eating a Mediterranean diet, which is rich in vegetables, fruit, fish, and whole grains, cuts by half the chance of developing chronic obstructive pulmonary disease (COPD), which includes conditions like bronchitis and emphysema.

The study also showed that those whose diet was typical Western-style chow (lots of red meats, potato chips, white bread, and pasta, etc.) were at least four times as likely to develop COPD.
Smoking is the single biggest cause of COPD, but not everyone who smokes develops it, so researchers have been looking into the role of genetics and diet. This particular study, led by Dr. Raphaelle Varraso of the Harvard School of Public Health, looked at the medical history, lifestyle, diet, exercise habits, and smoking habits of 42,917 men. After making allowances and adjustments for age, smoking, and other risk factors, the men eating Mediterranean diet were less likely by half to develop COPD.

For more information on preventing or reversing COPD go to: 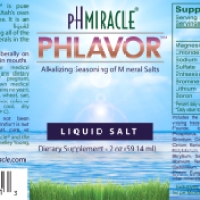